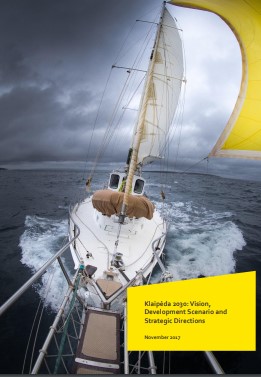 Klaipeda City Economic Development Strategy 2030 is a product of co-operation between the Klaipeda City Municipality, the Port of Klaipeda, Klaipeda University, Klaipeda Free Economic Zone, the Association of Klaipeda's Industrialists and Klaipeda Chamber of Commerce, Industry and Crafts. Over 300 experts representing various sectors in Klaipeda were involved in the process as well as international consultants Ernst & Young Baltic.

Strategic partners concentrated on a coherent vision towards economical specialization of the city, targeting on new FDI, strengthening high value-added industries and growing labour pool. The city focused on the blue growth and becoming a global-level city of blue economy and fast solutions. A panel of partners agreed on the implementation plan and over 100 initiatives that will propel city and business growth. The strategy defined priority sectors that will be key for the growth of Klaipeda: